I found this on The Knot. If you are working with a tight budget, these are dates to avoid in 2008 & 2009 if you can help it. Also, lock in your date with vendors asap as they'll be tons of brides out their vying for yours!

Mother's Day
Make sure your mom is okay with sharing this weekend with your wedding -- but it could be the perfect opportunity to honor her. If you do choose it, at your day-after brunch make a toast to all the mothers in the room.
Also, as far as flowers go, this is a very busy weekend. More than likely the flowers you choose will be more expensive this weekend.
May 11, 2008
May 10, 2009

Halloween
Avoid it if you're terrified that someone might actually show up in costume.
Friday, October, 31, 2008
Saturday, October 31, 2009

Days of Remembrance
Historically significant days may cause a conflict of interest for some guests.
September 11: Falls on a Thursday in 2008 and a Friday in 2009
December 7, Pearl Harbor Remembrance Day: In 2008 it's on a Sunday, and falls on a Monday in 2009

Super Bowl
If you don't live in Tampa, and are marrying on the Saturday rather than the Sunday of Super Bowl weekend, then the big game shouldn't affect your wedding too much -- unless you and your hubby are die hard fans and can't bear to miss the big game for your honeymoon. If in doubt, steer clear of this date:
Sunday, February 1, 2009, Tampa, FL

Final Four/March Madness
Everyone loves the excitement of college b-ball (and betting on it!). Keep your sports fans at bay by avoiding these dates:
Saturday, April 5 and Tuesday, April 7, 2008, San Antonio, TX
Saturday, April 4, 2009 and Monday, April 6, 2009, Detroit, MI

Quirky Dates
8/8/08: Although it lands on a Friday, numerological significance and the novelty of marrying on a date that occurs once in a lifetime make 8/8/08 an attractive wedding date.
03/06/09 falls on a Friday
09/09/09 falls on a Wednesday 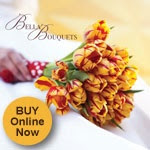 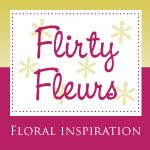